Shockwave therapy is an FDA-approved treatment that involves the delivery of shock waves to your injured tissue to reduce pain and stimulate healing. Dr. Alberto J. Panero uses a shockwave therapy machine, the system transmits energy to the applicator that generates shockwaves. Make an appointment to come to The BIOS Orthopedic Institute in Sacramento, California to experience this state-of-the-art diagnostic tool today.

What is Shockwave Therapy

Using a shockwave therapy machine, the system transmits energy to the applicator that generates shockwaves. Your therapist can adjust the frequency and pressure of those waves, depending on your condition.

Can Shockwave be combined with Orthobiologics like Platelet Rich Plasma (PRP) OR Bone Marrow Concentrate?

To further increase the efficacy of shockwave, many physicians will also combine EPAT technology with additional non-invasive solutions like platelet-rich plasma (PRP) therapy and ultrasound imaging. Be sure to ask your physician about his or her treatment approach. 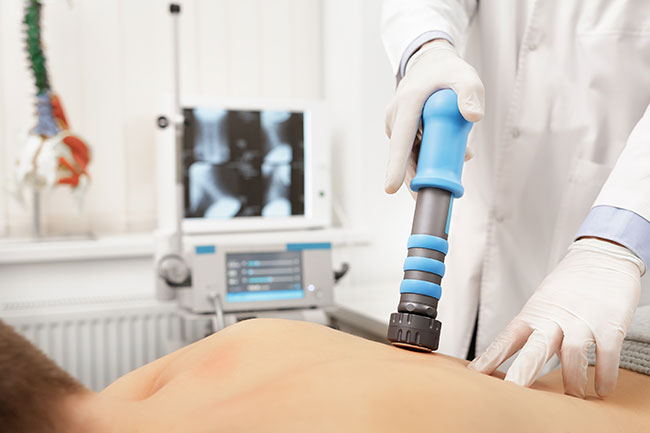 Some biological effects produced by shockwaves include regenerative changes at a cellular, tissue, and organ level. The two primary forms of shockwave are focused shock wave therapy and radial pressure wave therapy.

A focused shockwave initially produces a wide field of pressure wave, which becomes focused as it reaches a targeted depth and area within the body (the focus area). In the devices specifically for clinical use, there are three categories of focused shockwave, including electrohydraulic, electromagnetic, and piezoelectric.

By comparison, the radial device produces pressure waves where the force is exerted with maximum pressure at the applicator and weakens as waves travel deeper. Radial pressure waves are known for generating lower peak pressures.

Depending on the diagnosis, the clinical treatment protocol may include a combination of instrumental parameters. 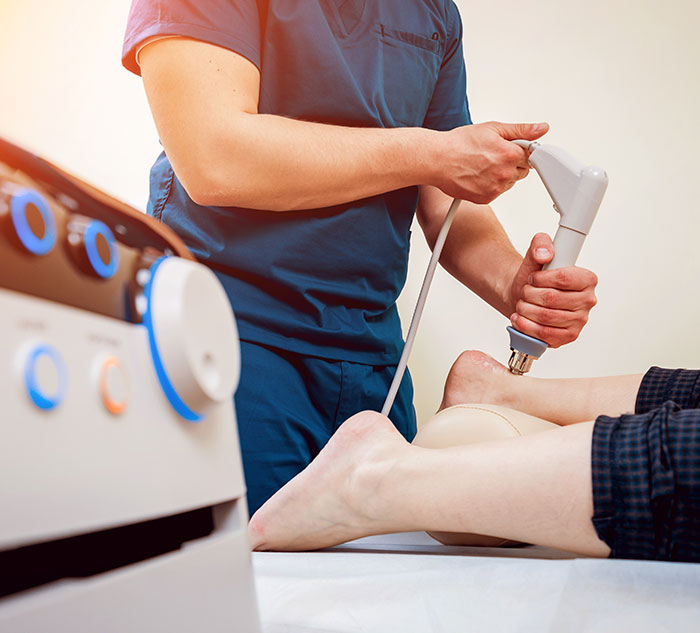 I really appreciate Dr. Panero’s skill and expertise, as well as his focus, deep active listening, and clear communication about next steps. Thank you so much!

Finally after 3 months of being brushed off, I found a Doctor who cared to take an extra minute to treat me as an individual and listen. I saw several doctors without a diagnosis and I now have that and a plan of care. Truly grateful for Dr . Panero!!! Very Thorough.

I was very happy with Dr. Panero. He took his time to listen to me and evaluate me. Then he went over all my options and answered all my questions. I am very glad I was referred to him!

Dr. Panero is extremely professional and takes the time to explain in detail his diagnosis and opinion. He is also willing to listen to your concerns and needs.(Some orthopedic doctors I’ve meet with have not been as open minded.) I really like his approach to rehab and regeneration. It is refreshing to not have a Dr. want to immediately operate or medicate you. Nice courteous staff, reasonable wait time and the office is very accessible with a parking garage. Parking fee, I paid $1 for 30 mins, cash only.

Dr. Panero is an amazing physician who truly cares about the wellbeing of his patients. His entire team is dedicated, thorough, and professional who makes sure all appointments go smoothly even with the ongoing pandemic. Dr. Panero recommended PRP for my elbow tendinitis and truly advocated for me to get the treatment I needed to improve my chronic pain. I am so grateful to be one of Dr. Panero’s patients!